Her elbows resting on the wooden sill, Zoe was staring out her window again.

In moments like these, she wondered if she had just dreamt the last couple of day’s events. Everything had gone so fast, and so well… She still doubted their secret plans to break her unwanted wedding would actually work.

But for the first time in her life she felt free to dream. She felt true hope looking up to the stars and the shy moon above her head. Getting ready for bedtime, she no longer feared the coming day, but rather looked forward to it.

Her thoughts wandered, and she gave silent thanks to her beloved mother and brother… Breaking their community’s tradition was not only brave, it was dangerous. For all of them. Zoe was aware that even if Zion and her managed to run away from town, Ure and her mother would have to suffer if anyone learnt that they had helped in any way.

The young man hadn’t visited her since that evening when all had fallen into place, just as if together, they had solved the puzzle of her life. She knew they all had to be especially discreet, but she missed Zion so very much. She wished she could just get a glance of his face, or overhear his voice. Imagining starting her life anew with him, she felt butterfly flutters in her stomach and smiling, she figured that was what true love felt like.

The house was almost silent. Zoe closed her window turned her bedstand light off and slipped into bed. Quickly, her thoughts started to swirl between reality and the realm of dreams. She was about to fall asleep when the front door got slammed violently, the thundering sound resonating through the whole house.

Zoe’s father had stormed in. It wasn’t unusual for the old man to throw a fight as soon as he got home, but Zoe tiptoed to her bedroom door to get a better idea of what was going on.

There were loud sounds of chairs being pushed around, and other pieces of furniture hitting the walls. From upstairs, she could hear her mother already sobbing, and imploring her husband.

The teenager was peeking through the ajar door, when her brother ran across the corridor and to down the staircase. Guessing the reason of her father’s fury, Zoe followed Ure from a distance, and froze when she got to the kitchen.

Alia was on the ground, crouching in the corner, just next to the oven. Standing over her, her husband was untying his belt, obviously intending to give her a good whip. This was crazy. Rakesh was an angry, sour man by nature, but he had never beaten his wife or kids in the past.

I’ll teach you a thing or two about loyalty!!

Raising his fist in the air, he was about to put his threat into action, when Ure got his senses back, and stepped toward his father…

The furious man’s gaze slowly switched from his crying wife to his defying son. Although much older than Alia, Rakesh was still strong and fit, and well taller than Ure. And anger gave him an advantage, compared to his son’s paralizing fear.

He held his belt across the young man’s throat. Zoe wanted to implore her father to keep Ure and their mother out of this fight, but she stood frozen in the corner of the kitchen, trying to figure how to calm things down.

Suddenly, a weird growl replaced Rakesh’s shouting and Ure’s eyes turned to his sister, with a questionning look. The pressure of the belt on his neck lessened, and the old man backed up, holding both his hands against his chest, now gasping for air.

Alia stood up, hesitating to walk towards her husband, and Rakesh fell like a dead tree in the middle of the room.

Without a single word, Alia, Ure and Zoe understood that they were all considering the same dilemma… Should they provide help, even if it meant facing the obvious terrible revenge for their treachery? Or should they watch Rakesh die, and go on with their previous plans? All three of them were puzzled.

Running to the neighbour’s door on his mother’s request, Ure wondered if he really wished the old doctor living next door could save the life of the man who had just tried to kill him.

Still, he hit on the door as hard as he could with his fists, hoping he was doing the right thing.

This chapter was written by Cyranny who lives in Freezingland but loves Denmark. Know more about her here!

Check out all chapters here:

Chapter 4 – For Zoe, for she matters #Juagalbandi

Chapter 1 – A window to count on #Jugalbandi

This site uses Akismet to reduce spam. Learn how your comment data is processed. 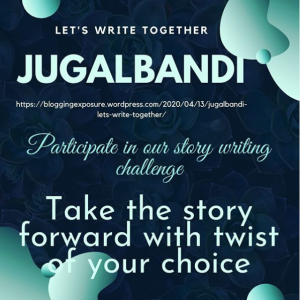 A story written by multiple authors. Sign up here!

Chapter 1 – A window to count on
Chapter 2 – Zoe’s her name
Chapter 3 – Ray of Hope
Chapter 4 – For Zoe, for she matters
Chapter 5 – An unexpected turn of events
Chapter 6 – Deadly Dilemma
Chapter 7- A Clear Sky
Chapter 8 – Shattered Confidence
Chapter 9 – The Runaway 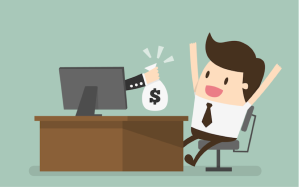 “Be the sunshine in someone’s life”